Skip to content
July 16, 2016July 16, 2016 Posted in Authoritarianism, Domination, ReLOVEution
Note: This is a rough excerpt from one of the chapters of my upcoming book.

Authority is used to excuse power exercised for no good reason or for bad reasons, which is worlds apart from authority implied by knowing what should be done and the competence to achieve it. Yet we call both by the same name as if they were the same thing. Internalized self-contradictions like this create an insidiously subliminal cognitive dissonance that, over the long term, is crazy-making.

Authority instantly and by its nature intimidates, making it inimical to the conditions required to instigate and foster creativity, life, and growth. In other words, authority is a means of deadening and killing — not of nurturing, but of forcing and eliminating. At its most beneficial, authority deters destructive aggression that might threaten life- and creation-conducive conditions; but authority is itself an expression of destructive aggression. Authority is the proposition of using force, violence, harm, destruction and death in the interest of creating conditions for freedom, safety, welfare, and life. In essence, authority claims to achieve life by means of death.

Authority per se has not been seriously questioned or challenged by our best and brightest. Only Max Stirner stands out as an exception to this, until recently. Even hard-core anarchists cling to some semblance of authority in their most idealistic visions of a perfect world. Virtually none of them reject the concept of authority as invalid in principle. Last year, Larken Rose wrote a brilliant expose on governmental authority, The Most Dangerous Superstition.[1] He comes closest to challenging the central proposition of authority, but only as it concerns state authority. Otherwise, all serious, recognized work on the nature and operation of authority begins by assuming that authority is valid, a given, as if life would be incomprehensible without it, even though our most highly cherished experiences are characterized by utter absence of authority, but instead by its opposites, as we’ll see. And, as we’ll see, authority stripped of beguiling accouterments to its naked essentials is none other than a justification for violence promoted by those addicted to violence. To claim that life cannot be conducted without the necessary involvement of authority, let alone to claim that life is necessarily enabled as a consequence of the robust operation of authority in the form of authoritative leaders and institutions, is to cling unquestioningly to violence and its unavoidable results — injury, death, and lifelong psychological trauma — in the name of life.

Every virtuous, worthy, beneficial life experience and every admirable human aspiration towards those experiences revolve around trusting ourselves and each other. Authority is a preemptive defense against presumed untrustworthiness. As such, it denies and precludes the critical prerequisite of the very goals it claims to achieve and the very results it claims to ensure before any attempt to verify that its preconceived denial and preclusion were warranted.

Authority makes eminent sense to those who believe we live in an adversarial, random — which actually means irrational — universe. It also makes sense to those who believe in a universe that ultimately can be ruled only by the principle of domination, especially in the persons of leaders, lords, kings, emperors, dictators, or gods. In particular, it makes eminent sense to psychopaths obsessed with the control offered by domination, whether domination on personal, collective or massive scales. Even belief in a Supreme Ruler, be it an intangible God or God incarnate in a flesh and blood being, betrays the more basic belief that without an ultimate Overlord, life and the universe itself would automatically degenerate into chaotic shambles, implying that chaotic shambles would be the natural state of things if it weren’t for supernatural intervention — “super” in the sense of inexplicably superior. Somehow, authority has the magical power to extract order and safety from the inherently violent, chaotic and treacherous.

Authority is advocated by those who assume it will interfere mostly with problematic groups to which authoritarians don’t consider themselves belonging. Of course, for the sake of appearance of fairness, they likewise submit to the authority they primarily intend should control these no-goodniks, never expecting to do more than assent in principle to the rules, restrictions, and inevitable oppression they levy on others. Then, if they find themselves on the wrong side of the very same authority they matter-of-factly impose on others, with their own goods and safety at risk, they do everything they can to avoid submitting to it.

This is hypocrisy and, to the extent that authoritarians live under the delusion that it’s not hypocrisy, this is insanity.

If a so-called authority truly has the wherewithal to be legitimately considered an authority, its authority resides in its expertise and competence. To the extent of its expertise and competence, but only to that extent, what it says can be taken on authority. Past the limits of its expertise and competence, what it says should not be taken on authority, since beyond those limits there is no valid basis for authority. Instead of recognizing these limitations, we routinely take declaration of authority as reason to avoid determining where those limitations are and whether an authority is going too far. In other words, we take the mere claim of authority as evidence that authority is valid while doing nothing to verify the claim. We in fact use the naked declaration of authority as an excuse to avoid taking the risk and doing the work of verifying the validity of the authority being claimed. This is not necessarily different than taking a liar’s word that he’s telling the truth — in fact, of taking the liar’s word that he’s telling the truth simply so that we can avoid finding out that he might be lying.

6 thoughts on “Authority as Excuse for Violence and Domination: The Insanity of Authority” 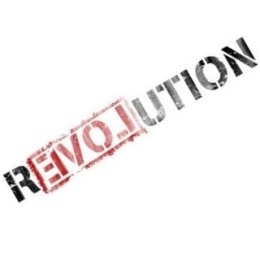